Drive2theFuture is a project that aims to prepare “drivers”, travellers and vehicle operators of the future to accept and use connected, cooperative and automated transport modes and the industry of these technologies to understand and meet their needs and wants. To achieve this, it models the behaviour of different automated vehicle “drivers” & prognoses acceptance for several automated driving scenarios, develops specialized training tools, content, optimized HMI for “driver”-vehicle handovers, CEA and MCA studies for selection of most favorable automated functions realisation and demonstrate them in 12 Pilots across Europe. Pilots will cover all automated transportation modes (Automated car, PTW, truck, bus, minibus, rail, workboat and drones) and involve driving/riding/rail simulators, VR/AR simulation toolkits, test tracks and real-world environments, in which over 1000 AV drivers/passengers, 200 AV operators and 20.000 involved citizens experience automation. The project addresses all types of vehicles and “driver” clusters, addressing in a balanced way the awareness and acceptance of automated vehicle “drivers”, the relevant fleet operators, key stakeholders and the general public.

In Drive2theFuture, we involve multiple tools to investigate and increase the user acceptance for the upcoming large-field introduction of automated vehicles. In 12 pilots across 8 different countries in Europe different testing environments for all transport modes were implemented, including real road, simulators and Virtual Reality. Drive2theFuture puts a focus on the interaction with automated vehicles via an optimal Human-Machine-Interface and also creates trainings for future users, to prepare them for automated functions. In the following, initial results of demonstrations and user tests that were developed and performed in the first part of the project are presented.

In a real-road test in Poland, we assessed the awareness and acceptance of automated cars (Level 2 & 3) in a country with a very high average age of a car.  We tested a lane keeping assist and the adaptive cruise control. During the tests we have realized that even though the safety systems are already present in many new cars, people are mostly unaware of their limitations and sometimes even of how to activate the system. First results of this test phase show that the infrastructure is not ready to cooperate with vehicle safety systems or autonomous functions. Finally, the general public’s interest and understanding of autonomous vehicles is still very limited.

Autonomous shuttle busses are already running in some European cities. Drive2theFuture creates awareness for automated vehicles by creating trainings for future users. In order to prepare pedestrians and cyclists for future automated situations, this video illustrates for the Campus Valla in Linköping how to behave outside an autonomous shuttle bus, to increase the safety for those on board, including the safety driver, but also to interact in a safe way outside the shuttles.

We also develop a co-simulation platform to evaluate how automated buses can interact with vulnerable road users, such as passengers waiting for a bus, in a safe way. In this simulation environment, we demonstrate and test alternative Human-Machine-Interface options for the vehicle-passenger and the driver-vehicle interaction. First results shows that passengers want to know if the bus is in automated mode or not and they prefer a light source that is possible to see from a longer distance. Users agree that such a interface will increase the safety and reduce the number of accidents.

The developed co-simulation platform allows to experience not only the passenger’s but also the bus driver’s perspective in Virtual Reality. This way, the driver-vehicle interaction at bus transit points can be investigated and bus drivers can be trained on new Human-Machine Interface-concepts, in particular on the safe transition between manual operation and the automated function.

Video 5: Interaction with a highly automated car on the highway in Virtual Reality

Virtual Reality allows to experience new Human-Machine Interfaces in an immersive way and can be used to interactively train new concepts without any risk. It allows for instance to experience an automated car in situations like an accident or construction site on the highway. We developed a persuasive and user-friendly HMI concept in a Virtual Reality Environment for driving a highly automated car (Level 4) on the highway. The concept was iteratively developed in user workshops and was evaluated with experts. The HMI puts a focus on being transparent about the system state and feedback to the user and uses the idea of cooperative driving. This means that the user can communicate to the automated car via gestures on the steering wheel, when he wants to increase or decrease speed or wants to take-over. Initial evaluations have shown that the HMI is easily understood by the users after a short setting-in phase, regarding the operation with gestures as well as the feedback on the screen.

Manage a 1:1 Meeting with Evangelia Gaitanidou 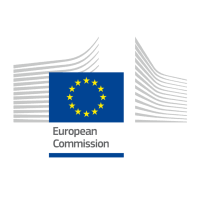 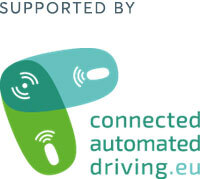